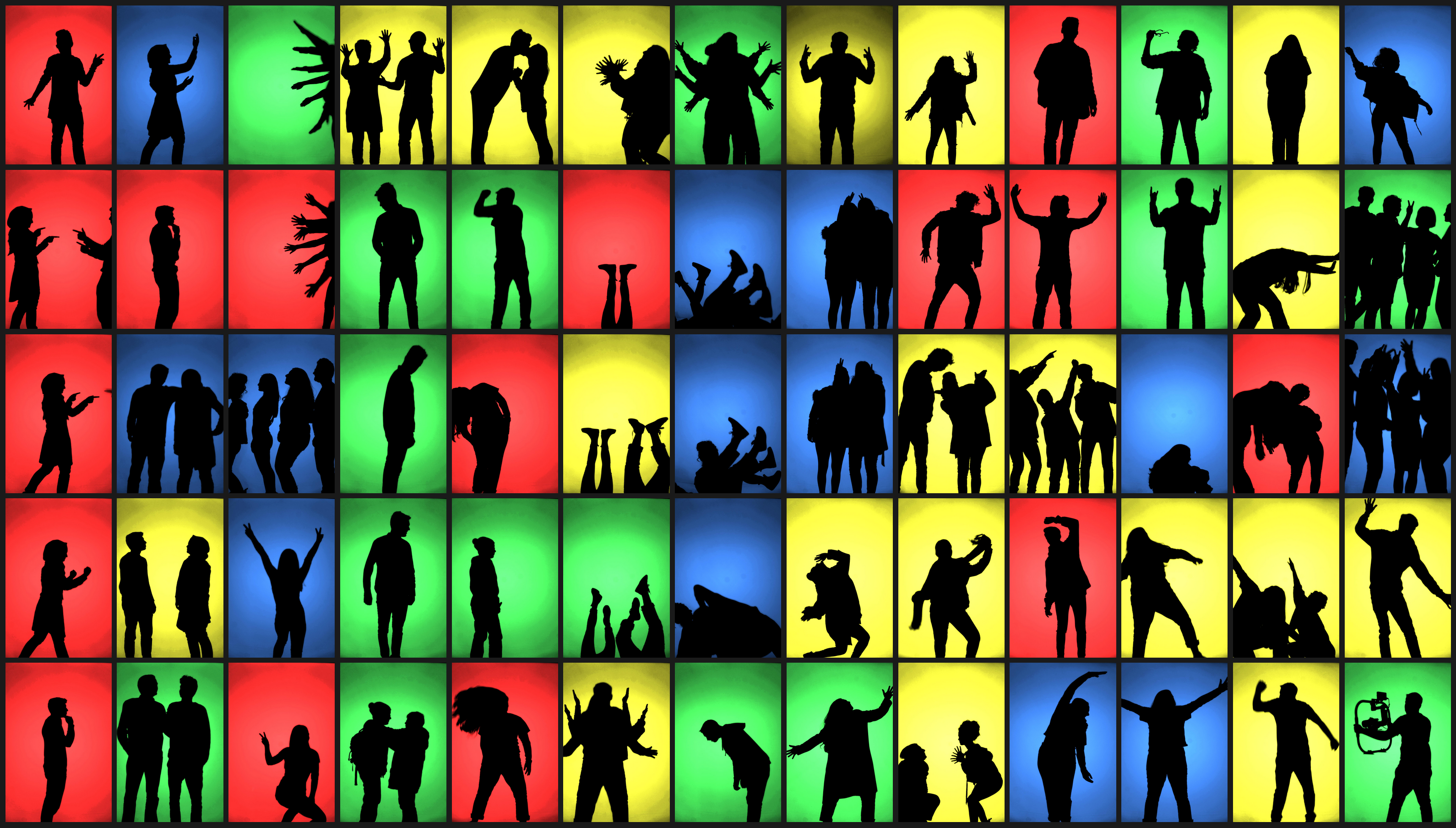 Shadowing is an photo-booth-like installation, where visitors can take pictures of their shadows. People then can download the picture directly onto a smartphone. Since taking a picture often required help from experts, a computer character, KAI, has been added to aid and entertain people throughout the process.

The aim of this project has been to extend the capabilities of Shadowing with a computer character, that would help people to take pictures, entertain and furthermore motivate people passing by. Therefore the character “KAI” has been created. KAI is a recursive acronym for “Kai Artificial Intelligence”. He is smart, funny, sassy, nerdy, self-confident, would not admit if he was wrong and is quickly bored.

Further pictures and information can be found on: www.fuchsteufels.de

As it can be seen in the figure above, the functionality of the computer character is based on stimuli, which each have a specific reaction. When a stimulus gets triggered (because of sensor data or time), a managing instance checks for priorities and currently running reactions. Based on that, a stimulus leads or leads not to an execution of a reaction.

In practice it turned out, that interacting with KAI via voice commands would not be used very often. Presumably because first time users don’t know the commands and furthermore it is not that great of an advantage compared to pressing a big button close by. In addition Shadowing is beeing performed almost every time in loud environments, which compromises the functionality of the speech recognition system.

Looking back, the project and planned features turned out to be more complex than expected. I probably should have focused more on enhancing fewer features.